In March 2018, Blevin’s broke the previous viewership record on Twitch by playing Fortnite together with the celebrities Drake, Travis Scott and Juju Smith-Schuster. The following month, he set a new record as about 667,000 live viewers watched his event NinjaVegas 2018.

In September that same year, Ninja became the first professional eSport player ever to feature on the cover of ESPN The Magazine, a step generally seen as clear evidence for how eSport is becoming more accepted by traditional sports media.

As of October 2018, he was one of the most followed streamers on Twitch, with nearly 12 million followers, averaging almost 60,000 viewers per stream. At this point, his total views had reach well above 355 million.

In December 2018, his YouTube channel had well over 2 million subscribers. 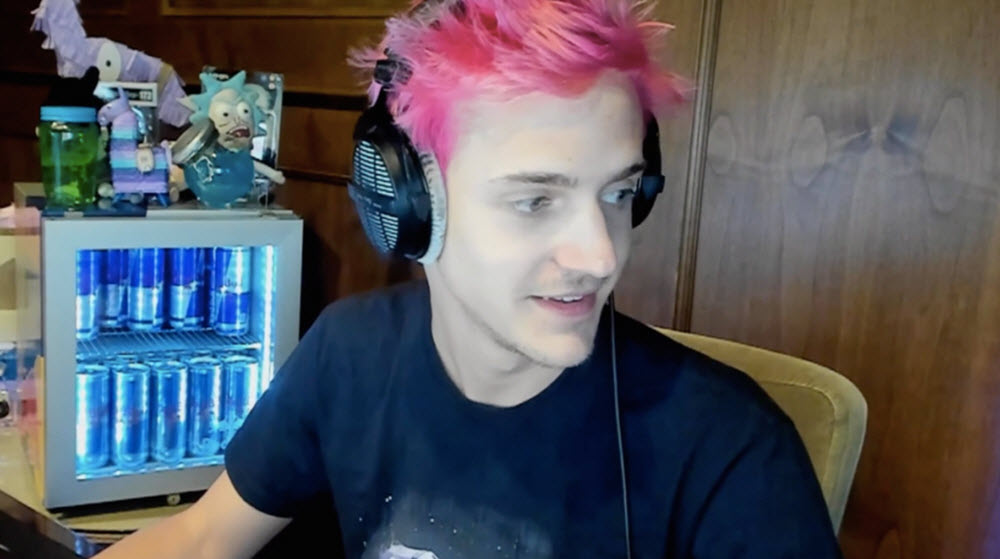 Blevins was born in Detroit, but moved with his family to the Chicago metropolitan area when he was just a year old. He grew up in a suburb there, enjoying a childhood that included both traditional sports and video gaming. During his time at Grayslake Central High School, he played soccer and video games.

After graduating from high school, Blevins decided to pursue a professional career in video gaming.

Blevins became a professional Halo 3 player in 2009, but didn’t turn to streaming until 2011. His Halo-playing was eventually accompanied by H1Z1, and then PlayerUnknown’s Battlegrounds.

After playing for the teams Cloud9, Renegades, and Team Liquid, he joined Luminosity Gaming in 2017, first as a Halo player and then with a focus on H1Z1 and eventually also PUBG, winning the PUBG Gamescome Invitational Squads classification.

After was after he started streaming Fortnite sessions that his viewership numbers really began to sore. Data from September 2017 show around half a million followers. Six months later, that number had grown by 250%.

One example is the fundraising stream event held in February 2018 that raised over 110,000 USD for the American Foundation for Suicide Prevention. Two months later, Ninja participated in the #Clips4Kids event along with fellow streamers Timthetatman and Dr. Lupo, and the gaming community managed to bring in over 340,000 USD for St Jude’s Children’s Research hospital.

After winning the Fortnite Pro-Am event at E3 2018 with musician Marshmello, 1 million USD was donated to a charity of their choice.

Ninja is also a supporter of the Alzheimer’s Association, which is based in his hometown Chicago.

Controversial stance on streaming with women

In an interview with Polygon, Ninja stated that he doesn’t stream with female gamers. The reason is to avoid rumours, since he is a married man.

After being criticized for this approach, Ninja issued a response where he reaffirmed his decision, citing his commitment to his marriage.

In an interview published on espn.com, he explained that a one-on-one stream where two people game and talk for hours at a time is very intimate in a way and that the rather not do that with any other woman than his wife. He also stated that women gamers are welcome to play with him in a group and at events.

In June 2018, Blevins announced a sponsorship deal with Red Bull Esports. As a part of the deal, he held a special Red Bull Rise Till Dawn Event in Chicago that summer where fans could challenge him.

In October 2018, Ninja announced that he would be compiling an album titled Ninjawerks: Vol. 1 for the record label Astralwerks, featuring original tunes by artists and bands such as Nero, Tycho, Alesso, and 3LAU.