Released by the Valve Corporation in 2013, Dota 2 is a video game of the multiplayer online battle arena (MOBA) type played in matches between two 5-member teams.

The game is a sequel to Defense of the Ancients (DotA), which in turn was a community-created mod for Blizzard Entertainment’s video game Warcraft III: Reign of Chaos and the expansion pack The Frozen Throne.

Since its original release, Dota 2 had been updated with various features, and the game went through a full transition to the Source 2 engine in 2015. 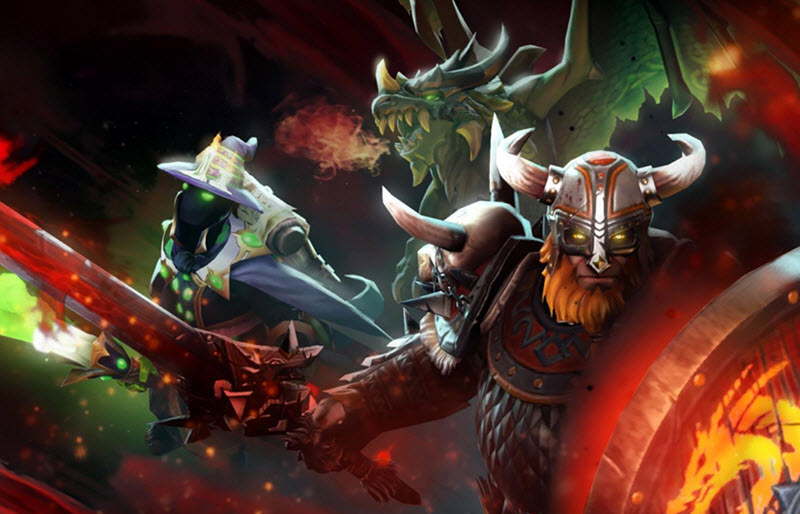 Dota 2 has been praised by gamers for its production quality and rewarding gameplay. It is frequently included in lists featuring the greatest video games of all time.

Since its release on Steam in 2013, it has been one of the most played games on Steam, peaking at over 1 million concurrent players.

Data 2 has a very active competitive scene that includes numerous leages and tournaments. You can read more about this below. 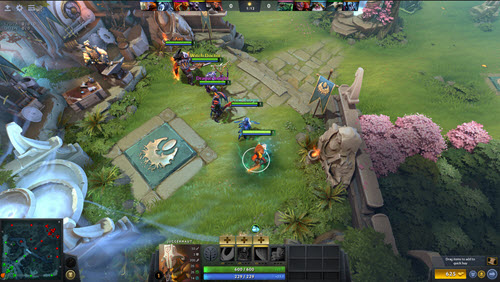 Dota 2 is huge within the eSport world, and premium tournaments tend to have millions of USD in their prize pots. By mid-2017, professional players had made over 100 million USD from Dota 2 tournaments, with over half of the money coming from The International.

The first Dota 2 eSport events were arranged in the early 2010s. The game was being beta tested then, and eSport events was a way of getting players interested in the new game (that back then was only available for Windows). Dream Hack, World Cyber Games, ESL, and Electronic Sports World Cup are all examples of events where early Dota 2 contests took place.

Before 2011 was over, Dota 2 – still in its beta phase – had grown to be one of the highest-paying eSport games in the world, second only to StartCraft II.

The International (TI) is an annual Dota 2 tournament hosted by the Valve Corporation. The first tournament was held in Germany in 2011, when the game was still in the beta testing stage, a featured a 1.6 million USD prize pool. Since then, TI has grown each year, and since 2013 the prize pool has been funded by the Dota 2 community through the Compendium battle pass feature. The 2018 TI had a prize pool exceeding 25 million USD, a new record in the history of eSport.

The Valve Corporation managed the Dota Pro Circuit, which is a series of tournaments held prior to Internationals.

In 2015-2017, Valve sponsored a series of smaller-scale tournaments known as the Dota Major Championships. Each one had a 3 million USD prize pool.